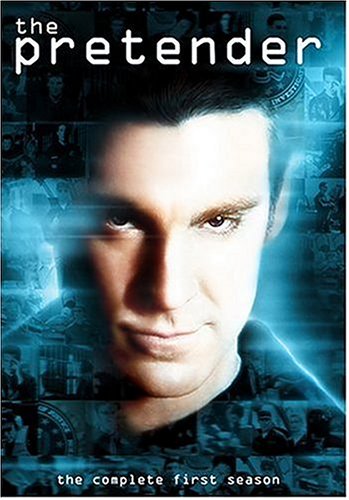 We loved this story so much we told it for years to a TON of people. This really needs it’s own movie. “The Pretender” “Catch me if you can” / I KNOW DRAMA™

And this is a little in-keeping with my previous post about: Real-Life Roleplaying

The guy we’ll call “D” is very tall, 6 feet+, handsome, charming, with a useless degree in English or similar (for a game company). Starts in QA. Charm level 100.

He often compared himself with Arnold Scwartzheneggar or Clancy Brown.

He’s a nice guy. A pleasure to work with. He runs D&D campaigns for which I made fun of him and made that other post if you look through the posts.

He ships a game with 8M sold to date, as one of the only 10 QA on it as did I. He quits the company. He disappears for a while.

My ex-friend became roommates with him. (the start of it). He said his room was full of nerdy things but when a girl would come over, he’d put that all in a drawer and put out jock things like sports, etc. Trophies. I went out to dinner with him and his ex-gf and my ex-friend one time. She was one of the most beautiful women I’ve seen. I was like why doesn’t this idiot marry her. He tells some story about how he broke up with her and she slept around and destroyed her life without him and was now damaged goods. Well, his throwaways is better than most girls I ever see. 10/10.

This guy would use people like nobody’s business. One time he tricked me into taking him to the airport. He got us to help him move then magically was UNAVAILABLE when his roommate needed help moving out.

He comes back again to QA. He then starts spending all of his time going upstairs to where the game devs/bosses were. H’d steal work from QA teammates then go upstairs and present it as his own which
is something you NEVER do. You always give people credit for their work, even if they are in the lowest position.  My ordering might be a bit off in the story but, then gets an upgrade to one of the first real staffing/hiring/recruiting positions. Before some exec-producer that is famous was doing the job on the side in addition to their current more important duties. But when D comes back to the company he “reinvented” himself. He became someone that was a completely different personality that refused to break character under any circumstances. Alone. Hey it’s me, I know you, why are you bullshitting me? He did NOT break character. It was creepy. The problem was we knew him before this new fake character showed up. That only works if you show up fresh and no one knows you from before. Otherwise, it’s a clear lie. He’d put on his 100% charm in every circumstance and expect you to buy it.

He had MOST people fooled with this fake personality. I was not fooled as was his ex-roommate and a few random people here and there. But otherwise, everyone else was completely fooled. They ate up all of his bullshit. This one Asian girl who was my boss didn’t fall for it and it was shocking to see that she figured it out. One day he lied to her and she figured out he lied and knew he was full of shit.

Anyway, he did a great job at this recruiting job with his charming personality. He gave tours. He won people over. Probably hired plenty of people. It was the PERFECT job for him and he shoulda stuck with it. But he had some plan to be the same as that famous War Chief guy. He claimed to be friends with him and would tell everyone this until one time he was told by that person to quit saying they are friends (burn).

The war chief guy went out and got a Corvette. So guess what he did? He went out and got a Corvette too. But he couldn’t afford it at all. He was paying something like $700 a month back 20 years ago when that was just insane numbers. 3 cars for that.  So the war chief guy noticed his copy or whatever reason ditched that corvette and went out and got a black truck. So guess what? D goes and buys a GIANT blue truck with raised tires. haha. The lift wasn’t even done correctly as when he’d drive the tires would WOBBLE and make a weird ass sound. Also when I got my 5 year sword it came in a $300 box and was bouncing around in the back of his truck and got destroyed. Thanks pal.

So then D goes out and gets himself the fakest wife you’ve ever seen in your life. Imagine a barbie that’s really dimwitted and looks ‘SORTA’ hot but not really? I could go searching and dig up some comparison photos but you get the idea. Barbie the brainless bimbo. You’re like ok this relationship/marriage is going to last about 5 mins. But he picked her ENTIRELY for show. But just about anyone smart could have looked at that and figured out the show was bullshit. He had the better REAL girl years back and never took her. Bad decision-making. I never checked up to see if they’re together but I think we can imagine not.

So D’s goal in life was to mimic the War Chief. He managed to get onto a team for that MMORPG where he was a designer for the world. The problem was he didn’t play the game and knew nothing about it. He had bullshitted himself onto a team where he didn’t have the skills to do the job. One time I went up there and the war chief came by and he’s like here’s your chair sir. And NO ONE talked like that, at that company at all. You just used people’s real names and NO ASS KISSING. So this was incredibly awkward and strange behavior.

So eventually they figured out that he was full of shit and couldn’t do the job. GOOD JOB IDIOTS. Finally some justice right? The president gave him a choice, leave the company or return to your recruiting job. So he returned to recruiting job. I saw him sitting in his office (fucker got a WINDOW OFFICE), which he had nothing to bitch about with that sweet office. He broke character and was crying or something. I was nice of course. He then recovers and goes back into character and you never saw the real him again.

He then manages to get a job on the ONLINE service as a the first producer. But after joining, he calls me up to ask me HOW TO LOG ON. Holy fuck bro. He had worked there like uh 5 years and didn’t know how to log onto the ONLY online gaming service for games. It was both funny and sickening. How did he get a job on the online team without knowing ANYTHING that a basic customer would know. haha.

He had two friends in QA and taught his method of scamming to them as well. They also rose from QA to lead producer having knowing nothing about anything just using their words and “charm” however they were not as succesful as he was at it. But they still both got rich off the phoney scam. One ended up getting fired from EA for some unknown reason. haha.

So this story doesn’t have an epic conclusion but he worked there a few years then quits. Then magically his profile says he’s a VICE PRESIDENT elsewhere. Then I heard something about him begging to come back again but no one wanted him. hahah.