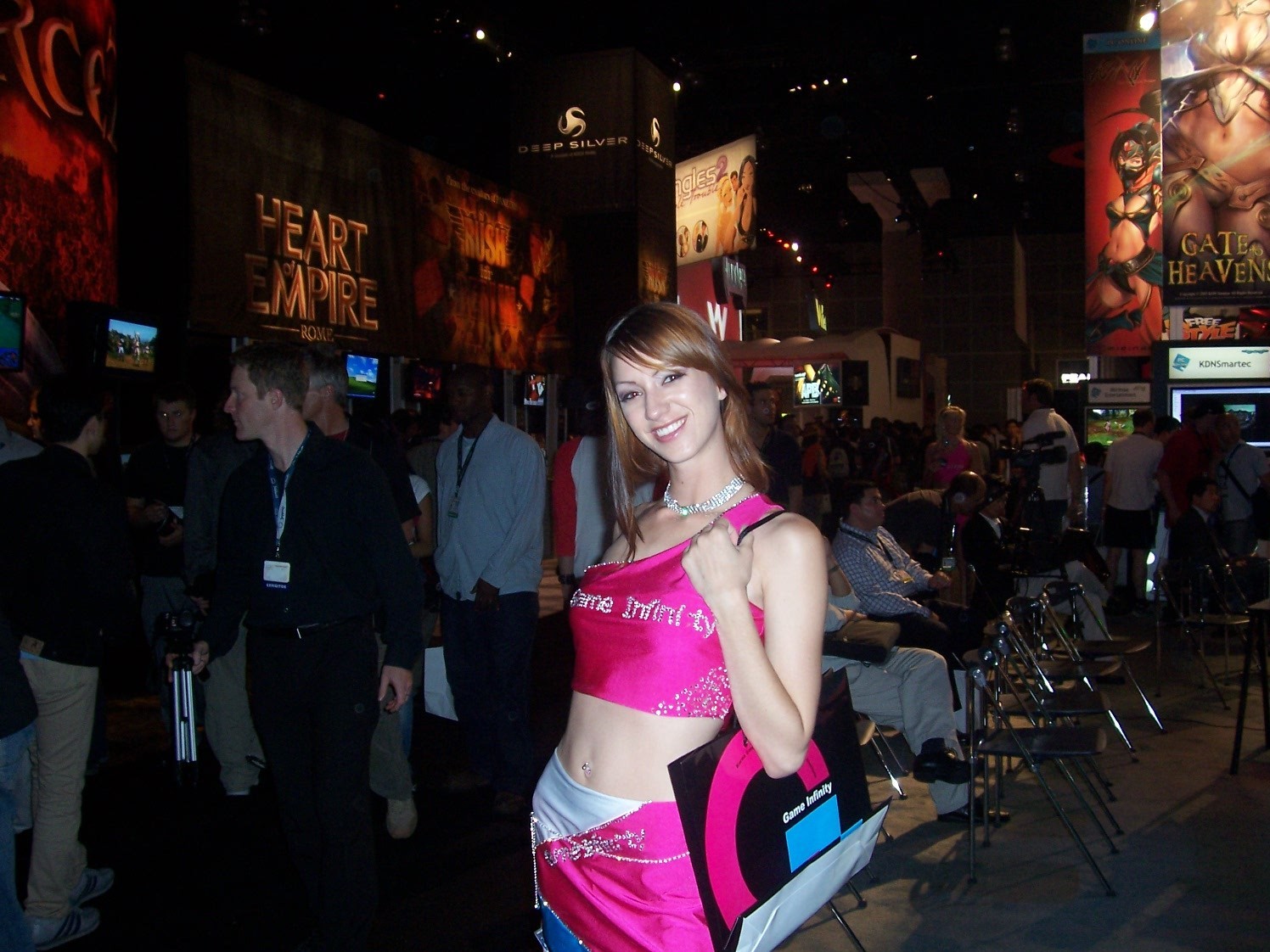 I created a lot of negative posts but there were some really great times and things only soured in the 2013-2015+ range once the parent company and woke warriors took over or when the REAL president left or was pushed out. This post took about 10+ hours of work. There’s still some negative feedback here and there in this post.

These are the GOOD times of Casino portion of the movie.

But what was great about working for a game company? It was great for quite a while. Maybe I’m giving away all of the content of the book I’d never be able to legally write. There still is some negativity here because they had all these great things and then cut them all.

I pretty much accomplished the best of anything that could happen there decade(s) ago so I’m not at all losing out on not being there. My line is “I dined with kings.” I already beat the game pre-2010. Anyone talking shit on me never did anything there the likes of what I did except perhaps moneywise (whocares), or knew what I did there, or knew about my accomplishments documented in my reviews. They mostly only knew what happened post-2010 which wasn’t a lot as mentioned in previous posts. Wow, let’s work on the 12th version of this or the 3rd version of that. hah. Some websites were on the 4th or 5th redesigns. We were just sucking down time on the chart heading off a cliff. It wasn’t about your position rank, or money, it was about what things you had accomplished there for the company, games, forums, web, launcher, or even customers. I won’t brag too much about my accomplishments because I really don’t care if people know them all and I really don’t care what opinions the scrubs have of me. I have a long list of credits on real titles (some guy actually took over a department having worked on a Barbie game). The people I really cared about, knew my worth.

Toward the end only under 75 people even knew who I was due to everyone leaving and length of time.

From 2004-2006 or so, I had the absolute best office in the entire company except for a few execs. I even had a couch to take naps at lunch. From 2007 and on it was continual desk downgrades because the hiring never stopped. People always made this joke when they saw my new shitty desk each time we’d move. I always watched Office Space dreaming I had their cubes which woulda been an upgrade. There was like 7-10 downgrades and maybe only 2 upgrades. They crammed about 3x the amount of people that should be in a building.  One building had 4 stalls and 300 people. I went to one building and the entire hallway was people in the hallways to the point where you couldn’t even walk around or exit a door. If you picture any workplace with a computer, even this shit below woulda been an upgrade from the 15+ years of being crammed into tiny spaces. For the last two years, my boss’s desk was like 5 inches away from the left of mine. Meeting rooms for 5 people would have 20 in there. Meeting rooms for 10 people would have 30-40. I’d have to sit on the floor. I got sick all the time from all the crammed meetings.  Just picture the absolute worst computer desk setup and that’s what they would give you. It shoulda been an osha violation. Only Covid forced them to make any changes.

As mentioned, 2013 was the ideal bailing point but I drug it on another 8 years as the nearly last person (rank #14) for a few reasons:

ON TO THE POSITIVE

And keep in mind I shilled all of these benefits for years.

As mentioned, the campus was impressive early on but didn’t at all keep up with the times and there are way better buildings/campuses elsewhere. 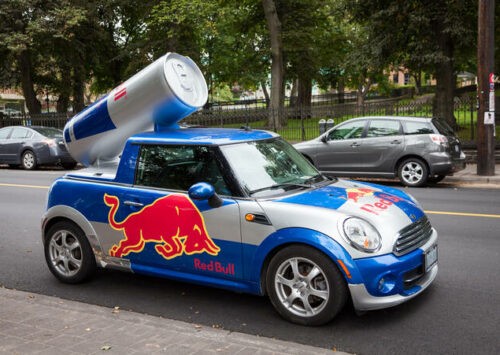 The best thing was that everyone could give feedback on anything and you’d see changes. I took the most benefit from that.

BACK WHEN PEOPLE WERE COOL: 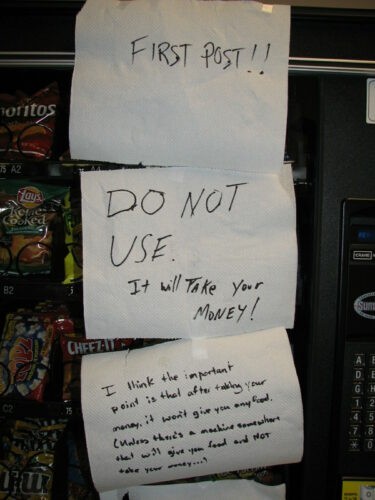 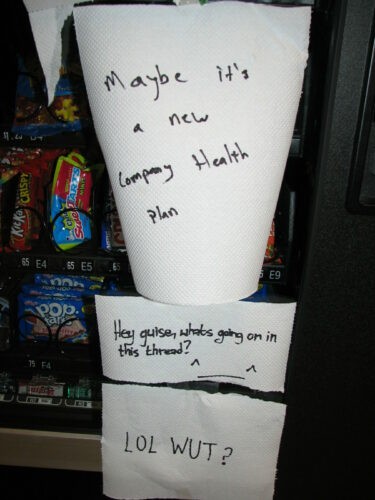 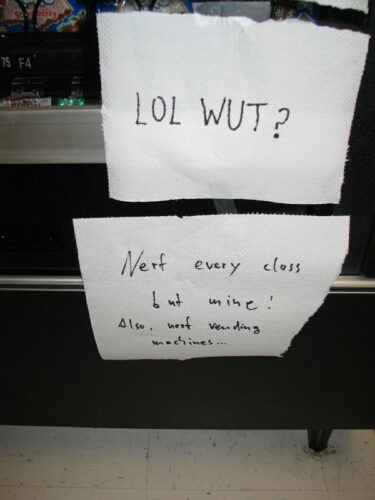 (some jerk then took them off)

In the end, they cut all of this even pre-pandemic to save $$. So my line is:  “if you go to a company that has a good company picnic, it’s a step up from this place.” My family loved all of these events and when they stopped doing (ALL) of these, my family started hating the company because there was no reason to like them without these events. They even got rid of the cool Halloween event. I gave a lot of event suggestions over the years since toward the end I had been to more of them than the people creating them. One event team leader went to RIOT. They probably get all the good events now. If you get through this page or list, realize that without any of this stuff you’re left with nothing but a paycheck.

These are the events that made working at a game company worth it:

One top 6 leader goes, I’m never being a part of a big company again

Here’s the chart of how much food we jacked from the free food booths in whatever, 2018 prices. 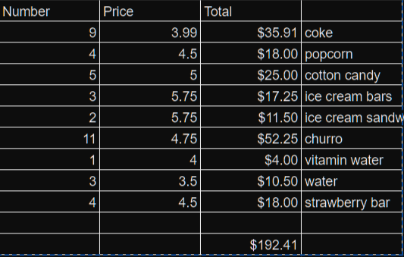 Haven’t sold any of those nor are trying:

They were so cheap about travel. They never let me go anywhere past a certain point other than company Las Vegas trips (which were cool). F-ers wouldn’t even let me visit the Texas office in 10-15 years. They only let me go to E3 after it was in LA. The bosses regularly got to travel to China, Korea, France, Ireland, “the Hogue” (whateverthefuckthatis). Or do business related events in Hawaii. 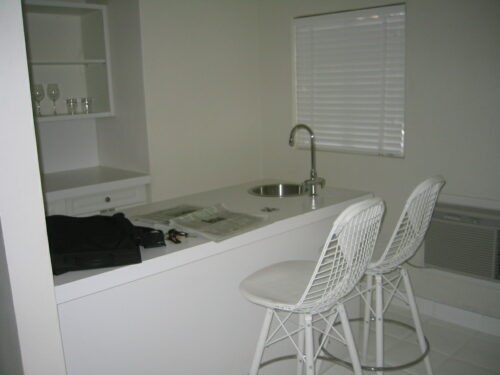 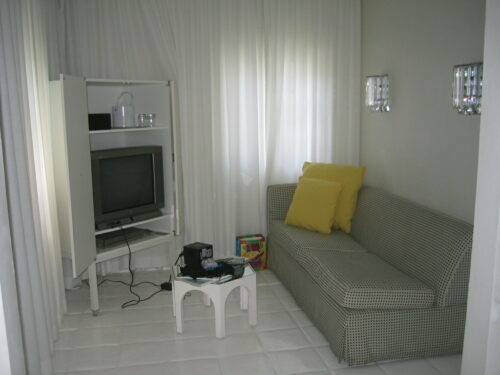 So there were a lot of great years until they dried up and it wasn’t at all pandemic related although that was the final nail.