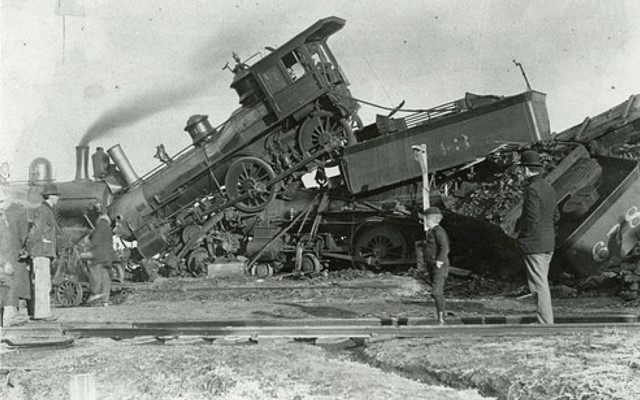 When I first started, the working time was 10 a.m. – 7 p.m. with a lunch 1-2 hours. But in 2005, these two guys sued and changed the entire game industry, for the worse in my opinion. After this lawsuit, the game companies panicked and converted most people to hourly. 2 people f-ed the whole game industry.

Before this lawsuit game employees would devote their LIVEs to making games, they’d stay at work overnight, sleep at work. Work as much as they wanted, and they were rewarded for that via bonuses, promotions, and salaries. You’d get genius-level shit. They didn’t do that because they had to, they did it because they wanted to. Although of course, some people had to work (crunch) depending on the company. If you didn’t like that, don’t work at a fucking game company.  No one made you get a job there.

People cry and cry about crunch time: “No crunch. They made us crunch.” As long as you’re getting paid for it, who cares. Don’t like it? Don’t pick the game industry. These people cry soo much. Don’t want to work the overnight shift at the convenience store? Don’t get a job there. Don’t want to be an overnight security job? Don’t get a job there. Idiots. Go to twitter today, it’s just people crying when they got the privilege of working in the game industry. (article continues crying about other things)

HOURLY destroyed the passion of game-making. Want to know how the game industry started: 1 nerd making a game 24/7 back when a single person could make a game. That’s how you ended up with those great PC and Atari 2600 games and later. If people were passionate about making a game or working on a certain game feature, they could spend the time doing it. After the hourly change, they had to go home at 8 hours or beg for overtime permission. Right in the middle of a breakthrough? Sorry have to go home you’re at 8 hours. So fucking stupid. They did put some people only salary so they could still crunch but they were getting f-ed compared to the hourly people who got overtime or even double time.

Ever notice that lawsuits ruin just about everything?

Counterpoint: One day I worked 24 hours on QA on a game with 12 million in sales. I got there at 10 a.m. and worked until 12 pm the next day. I slept under my desk with a sleeping bag. It was fun! I was getting overtime and then double time. My paycheck for that week was insane. On salary, We’d work until 1am on single-player games for 6 months, reviewing the latest levels and builds. I got added to a game credit and I got an awesome bonus for it. I started getting invited to more strike teams. Now that conflicts with the salary vs. hourly discussion but it was still an example of crunching + fun + actually accomplishing something. We did it all with 10 people max and now that would be 50-100.+

Lame line: “If you have to crunch, you’re doing something wrong in production/scheduling, etc.” Whatever. Those people don’t know how great games were made. Millennials and Gen Y. Just like with politics, people come up with these lines and start repeating them as if they are facts and everyone just repeats them.  There are examples of some companies that crunch people to death and then the game still sucks at the end. The problem there is a lack of game design and direction. No one was piloting the ship. It was going nowhere.  That’s not a crunch problem. They were grinding on something that was never going to work.

Ever notice that some of the best games were made PRIOR to 2005?

After crunch, you’d get long breaks. You’d crunch, release a game. Get 1/2 a year of a break, then go back to it. There would be huge periods where there was nothing to do and you’d play games or take it easy, then go back to grinding once things were ready to work on. We sat there playing Curse of Monkey Island, GTA 1, Team Fortress, Grim Fandango, and unreleased games. You could actually play games at work without getting fired for it (prior to the hourly change) . There were months when artists would be playing games waiting until they could do something. Now that has changed somewhat in recent years or decades where they’re able to turn out fast (forget the term), proof of concept versions which means less downtime, or they swap people around to other projects while they are waiting. Early on, you weren’t making 5+ products at once there were only 1-2.

With that extra time, you had time to flush out features and make things better that you’d never have on an 8-HOUR max day.  With 8 hours you have meetings, ramp up time, breaks, and lunch. The actual work time was uh 3-5 hours?  If someone wanted to grind on some new feature for 40 hours in a few days, they could do it with the old system. This one guy making 1/2 of the features sat in his closed-door office and no one ever saw him. Most of the people never even knew what he looked like, or who he was, but he was churning out most of the content. Of course, when there were layoffs, no one spoke up for him because no one knew who he was or how much he contributed. haha.

Personally, after this HOURLY change, that meant no more fucking 1-2 hour lunches. Before, we would go to lunch at the beach and come back. We didn’t do it all the time, just like every few months, but now that made it impossible. People were like, wow that trip to the beach was awesome when I first got hired. All the great lunch places we’d drive further for, were no longer possible because now you’d have to clock out for that amount. Everyone was then forced to take 30-minute lunches for the maximum benefit, otherwise, you’d have to stay at work until 8-9pm to get the hours in. The FUN of working at a game company was destroyed.

On top of that, only higher-level people were salary. That was abused where they’d get stuck working all these extra hours and never get paid for it. Some of them did get stock though.

Back to working hours, so then these corporate nerds start showing up once they opened the door to NON-GAME PLAYER HIRES (dumbest idea). These people wanted to work 9 am –  6:00 pm. Then, at the end, the people were even worse. They wanted to work from 8:00 a.m. – 5 p.m.. Why the fuck get a job at a game company if you’re just like every other lame corporation? Non-game player hires is another topic I should perhaps make an entire post on.

NEW PARAGRAPH: Now if you try to get a job now, they’re always harping on buzzwords: “work/life balance.” Some people have kids, family, and if they are older, they need that extra time and can’t grind. That’s why you let the young people age 18+ grind on that shit who don’t have those connections or those with families that are more open to it. When I started and by 2005,  I was one of only 2-3 people that had kids. Can you imagine? Everyone else didn’t have kids. But when you open things up to non-game hires, you end up with more people who have kids. IMO. Nowadays, everyone has kids and they can’t be bothered with making good video games by grinding.

NEW PARAGRAPH: Why was the internet cool for 1994-1998 or so before all the normies got on? (same with reddit), Because it was mainly college-educated people using direct internet connections except for the hordes of AOLers on dial-up you could ignore. It’s the same with game making. Once regular joes (and people cry about GATEKEEPING) could work in games, game companies got LAME in my opinion. You can’t deny there are good games that still come out, post 2005 though but sometimes they take way the fuck longer due to the hourly or massive teams because no one can work past 8 hours. haha.

There are some fields within game making where it doesn’t matter in terms of who does it or how much time they spend, which I would argue is artists that could be anyone as long as the art is being completed. While initially (first 10-15 years), the artists were all dudes, as things progressed there were lots of women artists turning out amazing stuff for both characters, maps, and environmental decorations.

The ONLY benefit from this change was people, who did overtime, were now paid more or something for it. But that’s only if you were hourly. They’d just put people on salary to avoid paying overtime. For the shlubs on hourly though, which was the majority of people, they did get paid a lot more. But what was lost was all that work they would have done past 8 hours if they finished what they were working on or didn’t break their train of thought/concentration. Then when things started going badly, they just got rid of Overtime so people couldn’t even make more money if they wanted to because they were so cheap about overtime (to cut costs).

Prior to this in 1997/98, what was funny was QA was making $8-9 an hour at the time, and they’d pull in $50k salaries with all the overtime. I did some big salary my first year despite making only $10 an hour. The QA people were making more than the people on salary.

So the bottom line is hourly vs. salary destroyed the fun of the industry in my opinion and who wants to be on salary and get to work for more hours if you’re never paid for them because you can’t count on promotions, bonuses, or salary anymore like the early days of gaming because now, there’s an endless stream of people willing to work for $5 an hour just to join a game company.