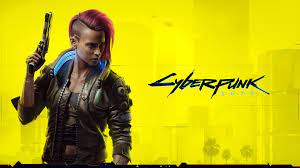 Update 2: If you have any tips for me, let me know

Update: So my kid got me this game and I never played cuz of issues but finally got this going for real. 10 hours played. It’s so addicting. It’s like GTA + Mass Effect + Saint’s Row. Totally 10/10 game and recommended if you’ve skipped it. I got this double barrelled shotgun and it sets people on fire + 1-2 shots them. It’s so funny. The options are so wide.

SPOILER: You get possessed by Keanu Reeves then have arguments with him inside your head.

I’m starting up that game again. I have 10 hours played. I was waiting until they fixed all the bugs. I was in no rush to play it. I STILL need to finish the Witcher 3 too.  I have 172 hours played. My daughter started playing Skyrim on her own. It was pretty funny to catch her playing it. It says I have 475 hours played.

I kinda want to replay Saint’s Row again and GTA.