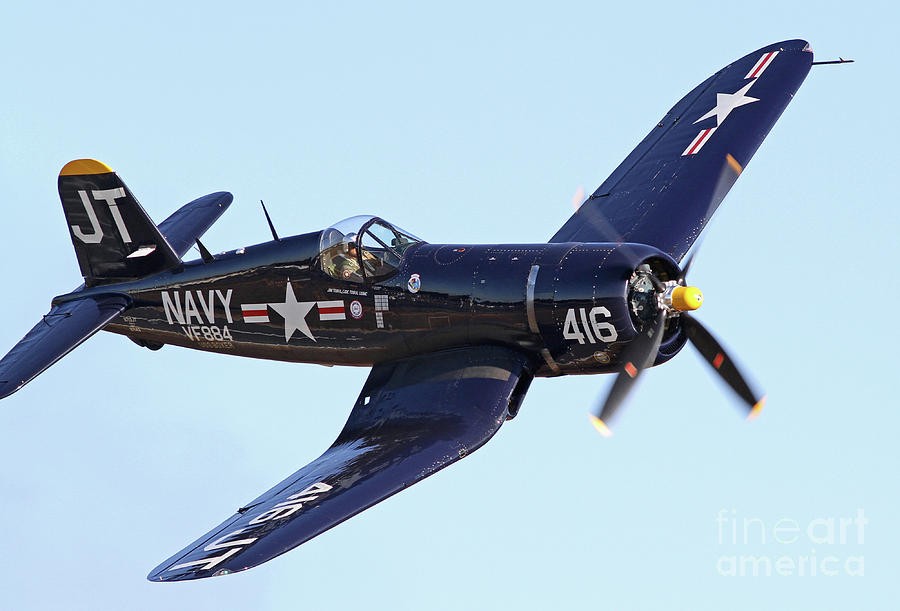 I really think that was my calling but unfortunately I was 60 years too late. I’d be dead now, but I think I would have been awesome.  I would have had to be a marine. One of my cousins (female) is a marine.

Corsairs were flown by the “Black Sheep” Squadron (VMF-214, led by Marine Major Gregory “Pappy” Boyington) in an area of the Solomon Islands called “The Slot“. Boyington was credited with 22 kills in F4Us (of 28 total, including six in an AVG P-40, although his score with the AVG has been disputed).[52] Other noted Corsair pilots of the period included VMF-124’s Kenneth Walsh, James E. Swett, Archie Donahue, and Bill “Casey” Case; VMF-215‘s Robert M. Hanson and Donald Aldrich; and VF-17‘s Tommy Blackburn, Roger Hedrick, and Ira Kepford. Nightfighter versions equipped Navy and Marine units afloat and ashore.