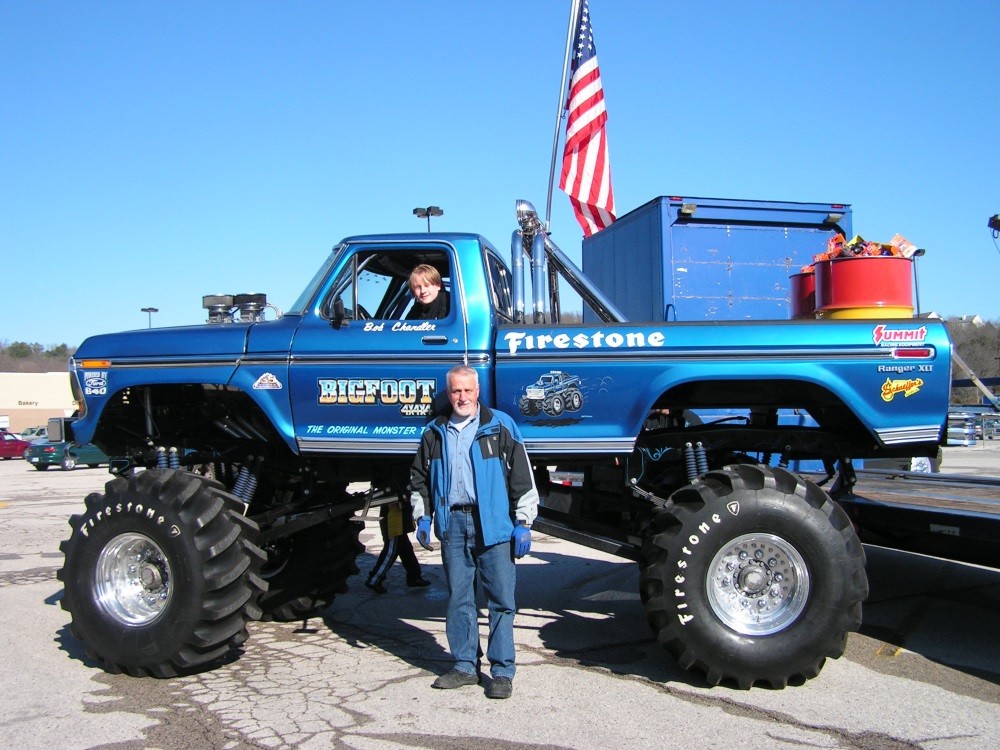 and also check out:

Bigfoot is a monster truck.[1] The original Bigfoot began as a 1974 Ford F-250 pickup that was modified by its owner Bob Chandler beginning in 1975. By 1979, the modifications were so extensive, the truck came to be regarded as the first monster truck. Other trucks with the name “Bigfoot” have been introduced in the years since, and it remains a well-known monster truck moniker in the United States.